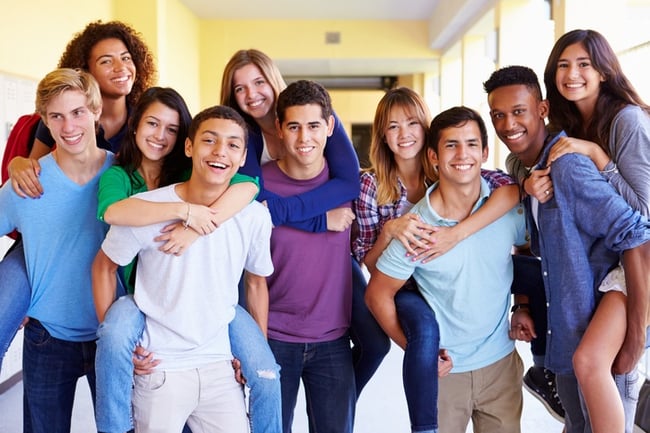 Adderall abuse continues to be a problem with young people. The drug, usually prescribed to counter ADHD in children, is often used by non-ADHD patients to help them study better. And though it is usually associated with college students, Adderall is becoming more of a concern with teenagers, including kids in Florida high schools. According to a 2015 survey, 7.5 percent of 12th-graders reported misusing the drug in the previous year. Of all prescription drugs, Adderall trailed only general amphetamines at 7.7 percent in the survey and came in higher than Vicodin, OxyContin, Ritalin and steroids.

Unfortunately, many parents aren’t aware of what a serious problem Adderall can be if abused or how prevalent it is in Florida high schools. Here is more information on Adderall abuse:

Adderall is an amphetamine—more accurately, a combination of amphetamines and dextroamphetamines—and a stimulant. Introduced in 1996, Adderall is used to treat attention deficit hyperactivity disorder, or ADHD. The drug helps patients by improving function is several parts of the brain. Adderall is also prescribed to treat narcolepsy.

Why Is Adderall Abused?

In therapeutic doses, Adderall decreases reaction time, combats fatigue and increases muscle strength. For ADHD patients legally prescribed the drug, these are powerful benefits. For non-ADHD patients, however, Adderall creates a short-term boost that makes them more alert, motivated and focused, which is why it’s become so popular with students looking to increase academic performance and retention.

Obviously, taking any prescription drug for which you weren’t prescribed is unwise and unsafe. The challenge with Adderall is that it is so widely prescribed—even for people who aren’t diagnosed with ADHD—that pills may not be difficult for teens to secure. The drug comes with a dependency risk: Teens who abuse it eventually may need a higher dosage to produce the same effect. And after addiction occurs, users who cannot find Adderall may turn to harder, more accessible drugs such as crystal meth, cocaine or other amphetamines. .

Overdosing on Adderall, which as an amphetamine is possible, can result in panic attacks, hyperventilation, loss of consciousness or coma. Also, mixing Adderall and drinking is risky because the drug masks the effects of alcohol, which can lead to users drinking more without realizing they are getting drunk. This is a common issue on college campuses.

Despite the perception, there is no correlation between Adderall and better grades—in fact, abusing the drug often results in worse grades. Other side effects of Adderall abuse include:

If you see these symptoms in your teen, seek professional help immediately.

What Parents Can Do

First and foremost, constant communication with your kids about the dangers of drugs—all drugs—goes a long way to preventing misuse. When tempted to take an Adderall pill recreationally, teens hopefully will fall back on your strong messages to decline the offer.

If your child has been prescribed Adderall, talk with their doctor about dosage and a long-term plan. Many teens stay on Adderall simply because they have always been on it, which makes it more difficult to quit in the future. And if your child is taking Adderall, you should be the one dispensing the pills. Keep them locked up so that they aren’t abused or given to friends.

Finally, emphasize to your teens that a straight-A report card isn’t worth taking drugs to achieve it. We want our kids to excel in school, but the pressure to do so—with dreams of academic scholarships and an Ivy League acceptance—may drive them to try Adderall to get an edge. If they are giving their best effort naturally, praise their respectable “B” grades and don’t push them to be academically perfect. No “A” is worth your child’s health.

Ritalin is abused in much the same way Adderall is, but it’s not as common (at 2 percent in the aforementioned 2015 survey)—perhaps because Adderall has become the drug of choice to treat ADHD. Concerta contains the same active ingredient as Ritalin and is also prescribed for ADHD.

Vyvanse works similarly  but is also less common, mostly due to the fact there is no generic version and it is more expensive. Dexedrine can be just as risky if abused. Again, if your teen has been prescribed any of these drugs, be sure to keep track of the pills and to actively communicate with your child’s doctor so that the drug is used correctly and only for the appropriate amount of time.

What has been your family’s experience with Adderall and other ADHD drugs?