Healthy Kids: How Drugs and Alcohol Impact Your Children 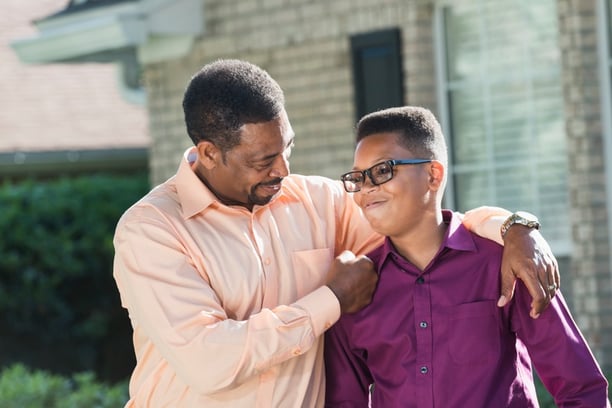 Being a parent of a teenager can be rewarding, joyous, maddening and infuriating—all at the same time. Unfortunately, it can also be frightening, especially with the prevalence of drugs and alcohol. Despite decades of prevention efforts and laws to limit access to booze and drugs, teens are still finding ways to use and abuse illegal substances.

Raising healthy kids can be difficult in today’s world, and the world isn’t exactly helping. Consider society and the media’s messaging on marijuana, for example. Casual pot smoking has become almost accepted, yet teens (and parents) don’t understand marijuana is more potent—and, thus, more dangerous—than ever. Kids might not fully realize the impact that drugs and alcohol can have on their health. As parents, your job is to help your children come to that realization; they need to know the facts in order to make smart choices. Here are some impacts that drugs and alcohol can have on otherwise healthy kids:

Study after study has shown that alcohol abuse during adolescent years irreparably harms the teenage brain, which is still developing into a person’s 20s. For example, kids who drink more can end up with a hippocampus—the part of the brain that handles memory and learning—that is 10 percent smaller than that of someone who didn’t drink at during their teen years. Drug abuse during the formative years can also result in long-lasting brain changes; for instance, methamphetamine and cocaine flood dopamine into the brain, potentially hindering an adolescent’s ability to feel satisfaction from life. A teen may never get into serious immediate trouble from drinking or using, but the damage they are doing to their brains (which is amplified the earlier they begin the destructive behavior) can last a lifetime.

Obviously, getting busted by the authorities for alcohol and drugs will put a dent into a teen’s life—kids who enter the criminal system and/or a school’s disciplinary system will struggle to fully escape it. Moreover, drugs and alcohol can physiologically impair social development as well. The aforementioned effects on the developing brain are significant. Teens who use alcohol and drugs may experience inhibited perceptual abilities (they misread situations and problems that someone else could otherwise solve), reduced ability to feel pleasure, and ingrained negative behaviors and needs within the body’s circuitry. On a personal level, healthy kids generally don’t miss out on social opportunities—key life experiences unique to teens—when they are making smart choices.

There is a definite correlation between teen dropout rates and alcohol and illicit drug use. According to a 2013 report, 32.3 of dropouts reported binge drinking, as opposed to 23.8 percent of students who were still in school. Also, 27.3 percent of dropouts reported smoking marijuana compared with just 15.3 percent of enrolled students. Alcohol and drug use also negatively affect grades. The evidence is clear: Healthy kids do better academically.

The idea that middle schoolers might be drinking or using drugs might seem unfathomable, but it’s real, and it’s frightening. Research has found that kids ages 11-14 who drink face a 16 percent chance—about 1-in-6 odds—of being an alcoholic 10 years later. In comparison, a 19-year-old who starts drinking faces only 1-in-100 odds of becoming addicted. The developing teen brain right at puberty factors into this startling statistic, thus reinforcing the importance of raising healthy kids who make smart choices as soon as their age hits double digits.

The long-term health effects of abusing drugs and alcohol are serious, but the short-term physical consequences are perhaps more intimidating. Simply put, kids who use are at greater risk of injury, assault, or death. An estimated 2,000 underage drinkers die every year from car accidents, representing about a third of all teenage auto fatalities. Overdose and alcohol poisoning are always a risk for adolescents, whose bodies haven’t fully grown yet (for example, just five or so drinks in an hour can dangerously impair a 14-year-old, 120-pound boy …). And intoxicated girls are at greater risk of being sexually assaulted. For sure, the numbers are stark, but your best defense against your children becoming a terrible statistic is doing all you can to ensure they are informed, confident and healthy.

How do you keep your kids drug- and alcohol-free?