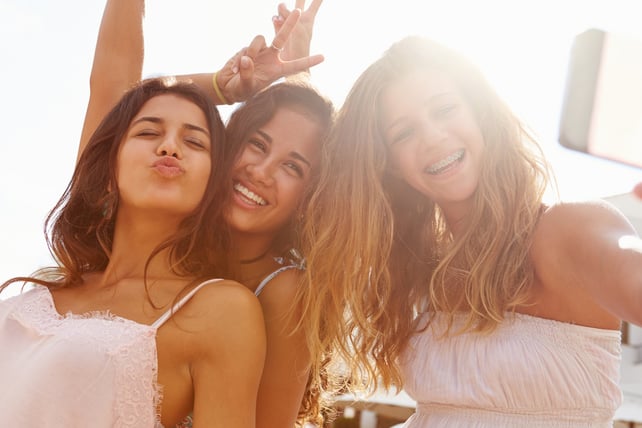 The idea of high school parties often conjures images of outrageous bashes you remember from John Hughes movies or other teen flicks from the ’80s and ’90s. Or, perhaps you recall parties from your own youth and the chaos that may have accompanied them. These memories may scare you into never trusting your teens to throw a party themselves—even one that’s supervised.

Make no mistake: Unsupervised high school parties are a terrible idea, often descending into Sixteen Candles- or American Pie-type anarchy and destruction. However, when properly planned and supervised, with clear rules in place, your teens can throw a party for their friends that is both fun and safe. Here are some tips on how to help them make that happen:

The first and most important rule you must set for a party of teens: absolutely no alcohol or drugs—period. Some parents believe if they supervise a party, they should allow drinking because they can ensure all the partygoers stay safe, but from a legal, liability, safety and ethical standpoint, this is wrong. Some other parameters you should set include:

Once you set the parameters, hand over the reins to planning the party to your teens. They probably have strong opinions on the party’s theme, food to serve, music to play, decorations and so on. Let your teens take over, with their understanding that they must follow your rules and not disturb the neighbors (i.e., no loud music, especially in the evening).

Communicate with Other Parents

Once your kids have given you the guest list, don’t hesitate to contact other parents to explain your rules and assure them that no alcohol will be served. Also, include your phone number on the invitation so that if parents have any questions or concerns, you can be immediately reached. Besides reinforcing to partygoers that breaking your rules will not be tolerated, communicating with other parents creates an added level of safety—everyone knows where their kids will be and what time the party will end.

This high school party is your teens’ deal, so you want them to enjoy it without you constantly overseeing them. However, you shouldn’t let the party go unchecked. Strike a balance between smart supervision and not hovering. That said, don’t altogether ignore the party—don’t fall asleep, don’t get caught up in a Netflix binge and forget about the teens in the basement and definitely, don’t leave. Moreover, if you suspect something, take action, even if it’s just pulling your teen aside and asking what’s going on.

Florida backyards are more likely to have a pool than perhaps any other state, and we get plenty of use out of them almost year-round. Naturally, your teens might want to throw a pool party, which can be great fun but also comes with an additional set of safety concerns. More supervision might be needed (depending on how many kids are invited—this is good reason to keep the guest list small), and the energy level of teens, especially boys, can ramp up during a pool party. These aren’t reasons to nix a pool party, but some extra precautions should be taken:

High school parties can be memorable for teens and their friends, but safety must be the top priority. Our Safe Homes Smart Parties campaign offers helpful resources for parents who want to ensure parties are supervised, in control and fun.

Have you let your teens host a party for their friends? How did it turn out?