When it comes to addiction, a lot of young people think it can’t happen to them. But it can, and it does. Especially with a drug like Xanax. 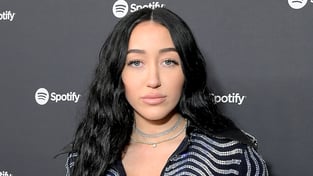 Xanax, a cousin to Valium, is a useful drug for those who suffer from anxiety, particularly panic attacks. But without careful monitoring by a physician, addiction can happen almost immediately.

“Xanax is one of the benzodiazepine medications that causes the most dependence because it has an immediate effect,” Tin Ngo-Minh, a CISSS psychiatrist told CBC Canada.

“The high that comes with taking it is very strong,” he said.

Trying to fit in

Noah Cyrus, 22, is a prime example of how the addiction can sneak up on users. In a new interview with Rolling Stone, the younger sister of Miley Cyrus revealed her Xanax addiction and how it began. Her candor is also a classic case showing how “good” kids become addicts.

“My boyfriend at the time, when I was 18, was the first person that gave me a Xanax, and it became a way for us to bond,” she told the magazine.

“I think I wanted to fit in with him. I wanted to be what he wanted and what he thought was cool and what I thought everybody was doing,” she explained.

At the height of her addiction, she was sleeping all day and even fell asleep during an interview once “because I was so far gone.”

Although she’s free of the addiction now, thanks to therapy and the support of her family, she recalled the worst of it: “It just kind of becomes this dark pit, bottomless pit,” she said.

Researchers attributed the findings to the pervasive casual images of alcohol and drug use that kids see on social media, especially of their friends, which leads them to conclude that “everybody’s doing it.”

Social media also makes drugs easier to obtain. So parents need to not only communicate the dangers of Xanax and other drugs to their teens, but also be aware of everything they’re doing online.