I had intended my article to be about an Attitude of Gratitude, Thankfulness, and Celebration but the news media doesn’t cover any of those topics only Death, Destruction, and Debacle. Maybe that is why we have just a large drug problem we focus on the negative and forget how to Live a Healthy Life. 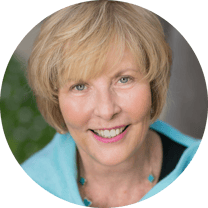 The good news is that the Red Ribbon campaign's message reached the governor’s desk in New York.

That’s right: On October 28, Governor Kathy Hochul signed legislation (S.3448A/A.4485B) that will require all public colleges in New York to have a supply of opioid antagonists in their housing facilities. Opioid antagonists are lifesaving medications that can reverse the fatal effects of an opioid overdose (think Naloxone/Narcan).

In addition to ensuring all New York’s public college housing facilities stock this life-saving medicine, resident assistants (RAs) and other designated employees of the colleges will be trained to administer these antagonists in the case of overdose emergencies.

A Nod to Red Ribbon Week

And here’s the exciting part: The governor signed this legislation in recognition of Red Ribbon Week, part of the largest drug-abuse prevention campaign in the U.S., which we have supported for nearly 40 years!

I wish we were all as smart as these young people. Then there’d be no need for antidotes to overdoses!

Even though I’m thrilled that Hochul signed this legislation, because it’s a step toward saving those who would otherwise die from an overdose, it raises many questions in my mind.

For example, what about after the person is revived? What does the RA do next? What/who serves as the “warm handoff” to get help for this person who obviously has a problem? In other words, how do we get the person into treatment to help them put drugs behind them permanently?

Stopping an overdose, is not a cure, what is the next step?

While such measures are needed to save lives, they’re a bit like closing the barn door after the horse has escaped. The whole idea of primary prevention is to keep kids (and adults!) from getting to the point where they require an antagonist in the first place.

What we need is to get through to these young people how dangerous and deadly these drugs are, and I’m afraid that the widespread availability of opioid antagonists just sends the message that “I can go ahead and use these drugs and I won’t die.”

What if nobody’s there to administer the antagonist?

It’s vital that we get through to people the life-saving warning: One pill can kill!