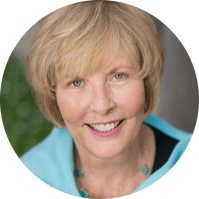 When trying to teach our kids to avoid drugs and alcohol, doesn’t it sometimes feel like we’re fighting a losing battle?

Honestly, I’ve developed a whole new respect for the salmon that swim upstream to spawn! As the Journal of the American Medical Association (JAMA) wrote in a new report:

“Alcohol is so ubiquitous in our society that it’s like wallpaper. We don’t even recognize its presence.”

This comment came from a study last month that found a 54 percent increase in sales of alcohol during the pandemic. The same study found that more than 99,000 people died in 2020 of alcohol-related causes, ranging from alcohol-associated liver diseases to mental and behavioral disorders to drug overdoses involving alcohol.

April is Alcohol Awareness Month, so I wanted to shine a spotlight on this ubiquitous drug—along with tobacco and vaping—because it’s been shown over and over that these are gateway drugs to the illegal kind.

But they are deadly in their own right, too. Even though tobacco use is down the last few decades, the Centers for Disease Control and Prevention (CDC) estimates that 480,000 Americans still die from tobacco-related causes each year. And the turn to vaping just perpetuates its use, in the guise of making it seem “safer.”

Alcohol, too, has been touted as healthy and even good for you. But recent studies have shown that no amount of alcohol is healthy. Another study published in JAMA this month found that drinking any amount of alcohol was associated with an increased risk of cardiovascular disease, even though wine is supposed to be good for the heart.

So what’s the answer? I’m not sure, except I think we can take a lesson from that persistent salmon. She swims turbulent waters and jumps over obstacles, even waterfalls, but eventually reaches her goal. She’s exhausted by the trip, and yes she dies after ensuring there’ll be another generation of salmon, but she knows what she must do and she does it.

What we must do is swim against the prevailing current of thinking that alcohol is just a relaxant, or a social lubricant that’s expected at every gathering. Without realizing it, we’ve been sold the notion that this is acceptable, that “wine, women, and song” are part of our culture, that binge drinking is just a normal part of teenage years. That’s scary!

So remember the salmon, and keep fighting!