The Super Bowl: A Teachable Moment 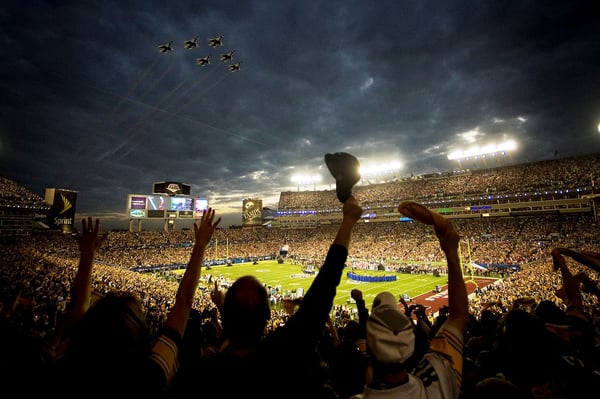 Super Bowl Sunday is a wonderful opportunity to spend time with your children and celebrate one of America's greatest treasures: football.

However, even before kick-off, kids are exposed to harmful alcohol advertising. Did you know that the alcohol industry spends over $5 billion a year on advertising? Why do they do it?

A National study published in the Archives of Pediatrics and Adolescent Medicine found that the more kids are exposed to alcohol advertising, the more likely they will engage in underage drinking. While the average number of ads a child is exposed to is 23 per month, each additional ad above and beyond that average leads to drinking 1% more. Furthermore, while the average spent on alcohol advertising per capita is $6.80, for each dollar spent above and beyond that amount, underage drinkers consumed 3% more.

Another study in the journal JAMA Pediatrics confirmed that such ads help lead them to have their first drink or if they are already drinking, to consume larger quantities.

When you are watching the show, if your children are paying attention to an alcohol ad, make sure to point out some of the tools the alcohol industry is using to lure in new drinkers. By helping your children become more media literate, you can reduce the impact of the ads.

The Federal Trade Commission offers the following questions to ask your children when watching alcohol ads:

Obviously, you don't want to take too much time away from enjoying the game, but spending a little time on it can go a long way. We encourage you to continue to use this approach year-round.

Another great tool to help educate your children and test your own knowledge is NIDA's Drug & Alcohol IQ Challenge.