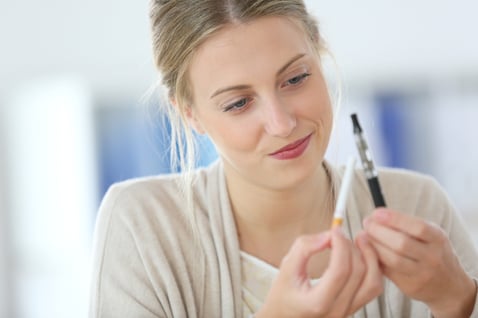 In the past month, however, concerns about vaping have intensified, as federal officials have issued e-cigarette warnings after an outbreak of vaping illnesses have left 805 people ill and 12 dead. A handful of states, such as New York and Michigan, have even moved to ban flavored vapes to dissuade youth from vaping. The Trump administration has also said it is working on a plan to take flavored vapes off the market.

“With 25% of 12th graders, 20% of 10th graders and 9% of eighth graders now vaping nicotine within the past month, the use of these devices has become a public health crisis," said Dr. Nora D. Volkow, Director of The National Institute on Drug Abuse.

So how concerned should parents be? Here are three key takeaways for parents.

Vaping as a gateway to substance use

Research shows that the vast majority of people who develop an addiction start with substance use between the ages of 10 and 18. Most of those begin with alcohol, marijuana or nicotine. Smoking has traditionally served as the delivery method for the nicotine and marijuana, but teens are now vaping nicotine and marijuana.

Little to no regulation of vaping

Most vaping products undergo little scrutiny before being passed to consumers. A recent Associated Press investigation highlighted a dark side to booming sales of the cannabis extract CBD. Some people are substituting cheap and dangerous street drugs for the real thing. The practice of spiking CBD vapes with synthetic marijuana has sent dozens of people nationwide to emergency rooms.

E-cigarettes may be less hazardous than tobacco in traditional cigarettes for adult smokers, but they could wind up being much more addictive for youth who have never smoked. Vaping brings the nicotine to the brain much faster.

Parents may think vaping offers a safer alternative to smoking or using alcohol or marijuana, but the truth is that there are health risks.