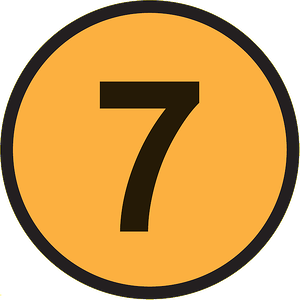 While the news headlines are dominated by illicit drugs like Cocaine, Meth and Heroin, the sleeping giant of prescription drug abuse has cased more overdose deaths than all of these combined.

1 - Prescription Drugs are not necessarily safer than Illicit Drugs

Prescription drugs are often strong medications, which is why they require a prescription in the first place. When they are abused, they can be just as dangerous as illegal drugs.

2 - Prescription Drug Abuse can result in Addiction and Death

More than half of the drug overdose deaths in the United States each year are caused by prescription drug abuse. In the last decade, the number of deaths from abuse of prescription drugs has increased dramatically.

3 - 20% of High School Seniors admit to having abused a prescription drug.

5 - Opioid abuse results in more deaths than Heroin and Cocaine.

6 - Most teens get Prescription Drugs from friends and family.

Statistics indicate that prescription drugs are usually sourced by middle and high school students at home or from a friends. Using the Home Medicine Inventory Card is a great way to keep track of your meds and battle against this factor.

NIDA researchers surveyed hundreds of teens and asked them about their motivations for using particular prescription drugs. For stimulants like ADHD medications, for example, the young men were more likely to abuse them to get high or experiment, while for young women, it was to help them concentrate or stay alert.