How to Encourage Student Success 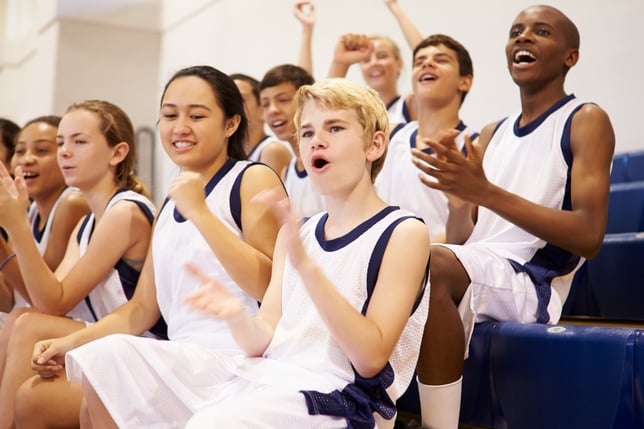 The concept of student success often gets lost in the perception of student failures. Too often, the attitude of some people, many of whom do not currently have teens themselves, is that high schoolers are collectively disappointing parents, communities and society at large. This negativity isn’t new—just about every generation has engaged in its own “These kids!” moment—but in 2017, with social media and the digital age, it seems louder and our students definitely hear it.

Unfortunately, that message can discourage teens from striving for success and then more success. Little victories are overlooked; bigger accomplishments are diminished. For example, alcohol usage rates have been dropping for teens for a couple decades now, as much as a 60 percent difference since its peak in the 1990s. Yet the mistaken belief of many people is that high school students are out of control with drinking and parties.

The lower teen alcohol rate is an overall success, driven by thousands, perhaps millions, of little successes at individual and school levels. These student successes and others, including academics, peer counseling, community service and so on, build upon themselves and should be encouraged. Here are some strategies to do so:

Focus on the Positives

Schools are more than places where kids learn academic subjects; they are communities within themselves, full of opportunities for students to grow, develop friendships and, yes, experience success. Continually focusing on the positives reminds students that success is not only possible, but also a goal that can be achieved every day, week, month and school year. Of course, when crises and problems arise at your school, they must be directly addressed. However, when student success is also emphasized, the negatives don’t stand out as much and are easier to handle.

Let Students Drive Their Own Success

The personality of teenagers as a whole has not changed over the years—lecture them too much and they tune out. However, when given the opportunity to tackle serious issues head on, they often step up. For example, involving students in anti-drug and anti-alcohol campaigns is effective because it encompasses teens getting the word out to their friends to make smart, safe choices, rather than a teacher or principal droning on about “just saying no.” Support and encourage students to be peer leaders. If just one student doesn’t get behind the wheel of a car after drinking because he or she remembered a positive message communicated in school by other students, the effort is successful. Facilitate those efforts as much as possible.

Unfortunately, student success sometimes goes unrecognized, which can lead to some teens to possibly think, “Why am I bothering?” Anyone who works with teens knows this is natural and that highlighting success is the best way to counter it. Therefore, recognize the victories and accomplishments as much as possible. Grand gestures are great, but even little acknowledgements such as a note to the successful students or a mention during morning announcements go a long way with teens.

Informed Families is proud to sponsor our All Star School program. This initiative encompasses four campaigns throughout the school year, run at each school by an ambassador—usually a teacher or other faculty member. However, ambassadors don’t organize each campaign alone; they enlist the help of parents, faculty, communities and perhaps most importantly, students. For example, Red Ribbon Week, aimed at drug prevention, actively includes students in promoting the campaign’s messages. We offer plenty of resources for ambassadors and students to successfully execute each campaign. Even if you aren’t able to run all four campaigns, simply getting students involved emphasizes that they have a stake in their own success—success that extends beyond the classroom into their homes, communities and future endeavors.

How does your school encourage student success