How to Enforce Family Rules 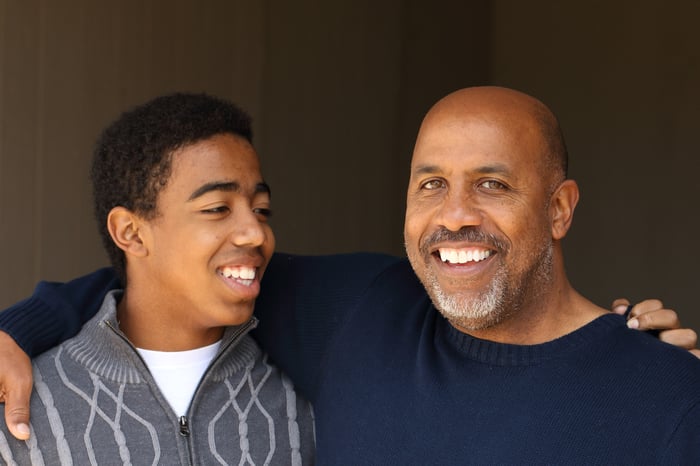 Parents are the biggest influencers in their teenagers’ lives. With so many competing influences, parents might not believe that, and good luck getting teens to admit it—but it’s true nonetheless. For example, one survey discovered that kids whose parents told them that underage drinking was unacceptable were 80 percent less likely to drink. This powerful statistic underscores the importance of delivering straightforward messages about drugs and alcohol to your teens and setting—and enforcing—strong family rules.

Alas, those family rules can become a bone of contention with teens, who are at an age in which they are trying to carve their own independence. However, they can more easily make their own decisions, and work toward their independence, if they know and understand their parents’ rules and expectations. Here are some tips for enforcing family rules that, ultimately, will help protect your teen:

The first step in ensuring family rules are followed is to set clear, non-negotiable guidelines regarding drugs, alcohol, tobacco and driving (yes, safe driving should also be among your absolute rules). The expectations must leave no room for doubt: no underage drinking or smoking, no drugs and no phone usage while driving. By setting clear guidelines, there will be no debate on whether a family rule is being broken—if your child tries a beer at a party, for example, he or she has broken the rule, period.

Creating a dialogue with your kids is alright—in fact, it’s good for establishing strong communication. Teens may want to discuss why family rules, from curfew to driving to underage drinking, are in place. Listen to their opinions, answer questions, and tell your side of the story—but always remember that you are the parent and that your decision on rules is final. Indeed, there are some family rules that might be open to negotiation, especially depending on the child, but there will be many that aren’t. A dialogue shouldn’t turn into a contentious debate; you, as the parent, get the final say.

When discussing family rules, try to stay as calm and unemotional as possible—even if your teens are arguing with you that the rules are “unfair.” If you let anger get the best of you during the discussion, your kids may come to think that breaking a rule is a way to get back at you for setting it in the first place. Every parent of a teenager knows the challenge of not yelling back when a conversation gets heated, but do your best to not escalate the argument. And if you do lose your temper, don’t beat yourself up—it happens to the best of us—just revisit the discussion later when you have cooled off.

As much as they are loath to admit it, teens generally respect consistent family rules… even if they don’t always agree with them. But if you start getting wishy-washy on some of your rules—particularly the ones initially set as absolute—it sends a mixed message. Kids may not know what to follow or how serious you are if, for example, after being firm about no underage drinking, you say “OK, if you aren’t driving, you can have one beer at that party.” Inconsistent family rules plant a seed of doubt in your kids’ minds that maybe you won’t be that mad at them for disobeying you. Be consistent with your rules as well as your consequences (more on that in a moment).

“Trust but verify” is a term often used in the business world for compliance efforts, but it applies wonderfully to family rules as well. You want to build trust with your teens, but that trust doesn’t mean you shouldn’t double-check what your kids are doing when necessary. For example, if your child is saying he or she is going to a party at a friend’s house in which no alcohol will be served, call the parents of that friend to confirm. Your child’s story might be correct … or you might find out the parents were going out of town and didn’t know a party was even planned. If your teens know you won’t think twice about verifying, they will be less likely to lie to you in an attempt to skirt family rules.

If your child breaks a family rule, following through with consistent, realistic consequences is imperative. Teens who escape punishment might be more inclined to disobey you again because, well, they got caught once and nothing bad happened. Make sure the consequence fits the crime and, again, try to stay as calm as possible.

Consequences for breaking family rules are important, but praise for consistently following those same rules should also be important. Perhaps an occasional reward (e.g., a later curfew, going out for ice cream, and so on) might be in order, but even telling your child, “Thank you for following the rules, making smart choices and being a respectful, great kid” is the type of positive reinforcement teens thrive on and need to hear at this age.

Connect with Other Parents

Raising smart, independent, safe teenagers isn’t easy, but luckily, you aren’t alone—an entire community of parents with common goals is out there for you to connect with. Just getting to know the friends of your teen’s friends is a good start. For something more structured, a parent peer group is a fantastic means to discuss how to enforce family rules and keep teens safe.

How do you and your kids approach family rules?