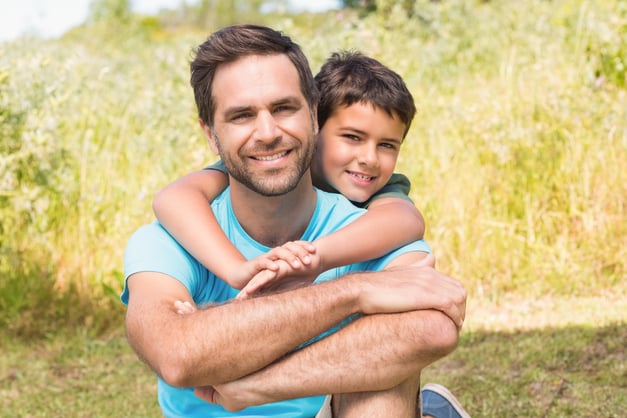 When we talk about raising healthy kids, we often focus on Mom as the primary caregiver. Let’s not forget about the equally important role that Dad plays in shaping a child’s life.  In fact, according to the National Fatherhood Initiative, father love is also a better predictor than mother love for certain outcomes including absence of delinquency and conduct problems, absence of substance abuse, overall mental health, and well-being.

Over the years, Informed Families has worked with some terrific dads like Alvah Chapman and Frank Borman, and some who have served as father figures to many including Don Shula and Butch Davis. We salute you all!

Father figures come in all shapes, sizes and ages - fathers, grandfathers, uncles and male mentor/role models - all play an instrumental role in shaping a child’s life.  The National Fatherhood Initiative says that children can learn how to deal with highly charged emotions in the context of playing with their fathers. Furthermore sustained contact with a child’s father is a strong predictor of a son’s self-esteem ,which includes absence of delinquency and conduct problems, absence of substance abuse, overall mental health, and well-being. For daughters, the affection from fathers helps to raise their self-esteem.

So let’s continue to encourage all the dads and father figures out there. Let’s recognize their contribution to raising safe and healthy kids this Father’s Day and every day.