Talking with Your Teen About Buzzed Driving 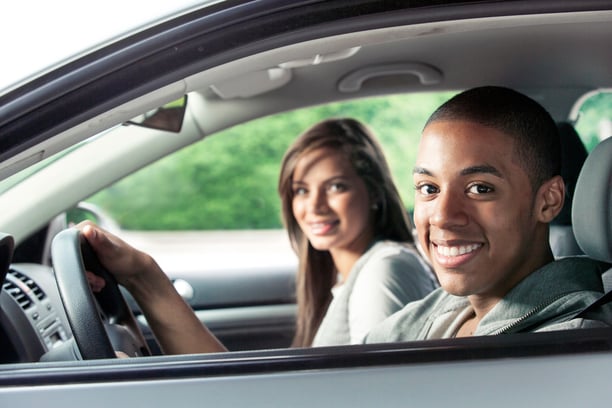 You likely have seen the commercials from the Ad Council: “Buzzed Driving Is Drunk Driving.” This campaign is aimed at educating people that buzzed is synonymous with impaired, and if you are impaired, you shouldn’t be getting behind the wheel. The goal, of course, is to convince drinkers that if they are tipsy, rather than falling-down drunk, they are, in the eyes of the law, still under the influence and a danger to themselves, their passengers and others on the road.

This message is often difficult to impart to adults, who may think they are fine to drive even after several drinks. For teens, the task is even more challenging; many high schoolers already feel invincible, and many have little experience with how alcohol physiologically affects them.

The buzzed driving conversation is important to engage in with your teens, particularly because they might think one or two drinks are OK because they won’t be coming home (and getting caught) hammered. Here are some strategies to keep in mind when having that talk:

Teenage drinking is different than adult drinking in that kids simply are built differently. For starters, high schoolers, especially boys, are still growing and often weigh less than a full-fledged adult. A 140-pound, 15-year-old boy will become buzzed on fewer drinks than a 200-pound man—a fact most teens don’t consider when they pop open a beer. Second, most teens are inexperienced drinkers and have not built any tolerance to alcohol; subsequently, any booze may go to their heads quicker than it would for a similarly built adult. Finally, many adults imbibe a drink or two with dinner; a full stomach lessens the effects of the first couple drinks. Teens, however, usually aren’t drinking as part of a meal, but at a party and on an empty stomach—the alcohol impacts them quicker as a result.

Not All Booze Is the Same

Inexperience is a big issue with teen drinking; many kids simply haven’t figured out that drinking three beers in an hour is different than downing three whiskey shots in 10 minutes. Nevertheless, they still drink those shots and may not realize they are impaired. Adults eventually figure out what alcohol they prefer and how it affects them. Most high schoolers haven’t determined that yet, and their teen years aren’t the time to learn.

Utah made headlines recently by becoming the first state to lower its legal drinking blood alcohol content limit to 0.05 percent. The law was met with resistance from some Utah residents and businesses, but the 0.05 concept isn’t new; in fact, the National Transportation Safety Board recommended that threshold in 2013. Debate over the lower limit’s business and social effects aside, 0.05 does recognize the problem of buzzed driving: Drinkers may not reach 0.08 but still feel tipsy and therefore shouldn’t be operating a motor vehicle. And for teens who shouldn’t have any alcohol in their system to begin with, they can reach that 0.05 much faster.

The underlying effort behind the buzzed driving campaign is that if you are buzzed, you are impaired—your reflexes are slower, you are less cautious, and your behavior may become exaggerated, none of which is good behind the wheel. Moreover, someone who is buzzed might falsely believe they are more functional than normal. These effects are more pronounced for inexperienced drinkers and flat-out dangerous for teens who already might be novice drivers. Insist with your kids: Just one drink means they do not get behind the wheel—period.

Be a Smart Passenger

Teens may heed your advice about buzzed driving, but what if one of their friends has thrown back a drink or two and is going to drive them home? Your kids may think, “Oh, he’s OK to drive; he’s barely buzzed,” and place themselves in potentially unsafe situation. Or your kids might think they are less buzzed and better off driving, instead of the friend (basically, the lesser of two evils). Teens need to be smart passengers—if they see their rides drinking, they don’t get into the car. Encourage your children to call or text you if they need a ride for whatever reason; it’s better you are inconvenienced than they are injured or worse in a buzzed driving accident.