WHAT IS AMERICA'S ALCOHOL AWARENESS?

April is Alcohol Awareness Month, so let’s talk about alcohol.

Parents are still the number one reason kids give for not using alcohol and drugs.

Parenting is a hard job. You rarely get thanked and pushing back against unhealthy behaviors is hard. We know you want the best for your kids – and when you know better, you do better.

Americans are more into using alcohol – and less into understanding alcohol’s negative effects, considering that:

She hit the nail on the head and we are taking her advice very seriously and determining what that change means for our campaign. The best ideas come from boots on the ground and Tracy is a wonderful example of someone using her knowledge, experience and passion to help the children in her community grow up safe, healthy and drug free.

It’s been 36 years since we founded Informed Families and I’m still simultaneously confident that our prevention programs will help students make good choices this Spring Break and fearful that some parents are misinformed about the dangers of underage drinking, thus choosing to host parties and expose children to potentially frightening consequences. Social norms about alcohol are overwhelming to a parent’s better judgment. How can we help each and every parent take a stand for Safe Parties?

Thanks to a generous grant from the 2017 State Attorney's Safer & Healthier Communities Fund through the Miami Foundation, Informed Families will be expanding our Safe Homes Smart Parties campaign to address safe driving.

The program will reduce impaired driving by educating over 40,000 teens and families in 30 Miami-Dade high schools about the danger, consequences, illegality and social unacceptability of impaired driving through educational materials, educational activities and a targeted, interactive awareness campaign in schools and online.

4,300 children die each year due to underage drinking-related causes. Springtime is a peak time for celebrations - and that's why parents need to take steps to ensure parties held in their home and in the community are Safe Homes, Smart Parties. Sure, there’s a chance your kids will make it out unscathed, but is it really worth the risk?

US District Court Judge Beth Bloom and her son Jacob Stern, a high school student then attending Ransom Everglades School in Coconut Grove, developed a presentation called "Listen Up: Teen Mistakes & Their Unintended, Permanent Consequences." For a busy parent of a teenager, Jacob's presentation is concise, eye-opening and should be mandatory viewing for both kids and parents! I ask you to please watch our 30-minute video and share it with your friends who are raising teenagers. Get the family together and spend 30 minutes to save yourselves a lot of time, money and hassle. The beauty of online viewing is you can stop and restart at your convenience.

It’s Party Time! Prom, Spring Break, Graduation... We want our kids to have fun and create memories – but we want them to be safe. Both can be achieved by serving the best thing parents can serve their children: common sense. Kids who start drinking before age 15 are 6 times more likely to develop alcohol problems as adults. And with 4,300 children dying each year due to underage drinking-related causes, we all need to help our kids celebrate safely.

The two things I’ve learned about Prom & Graduation Season are: 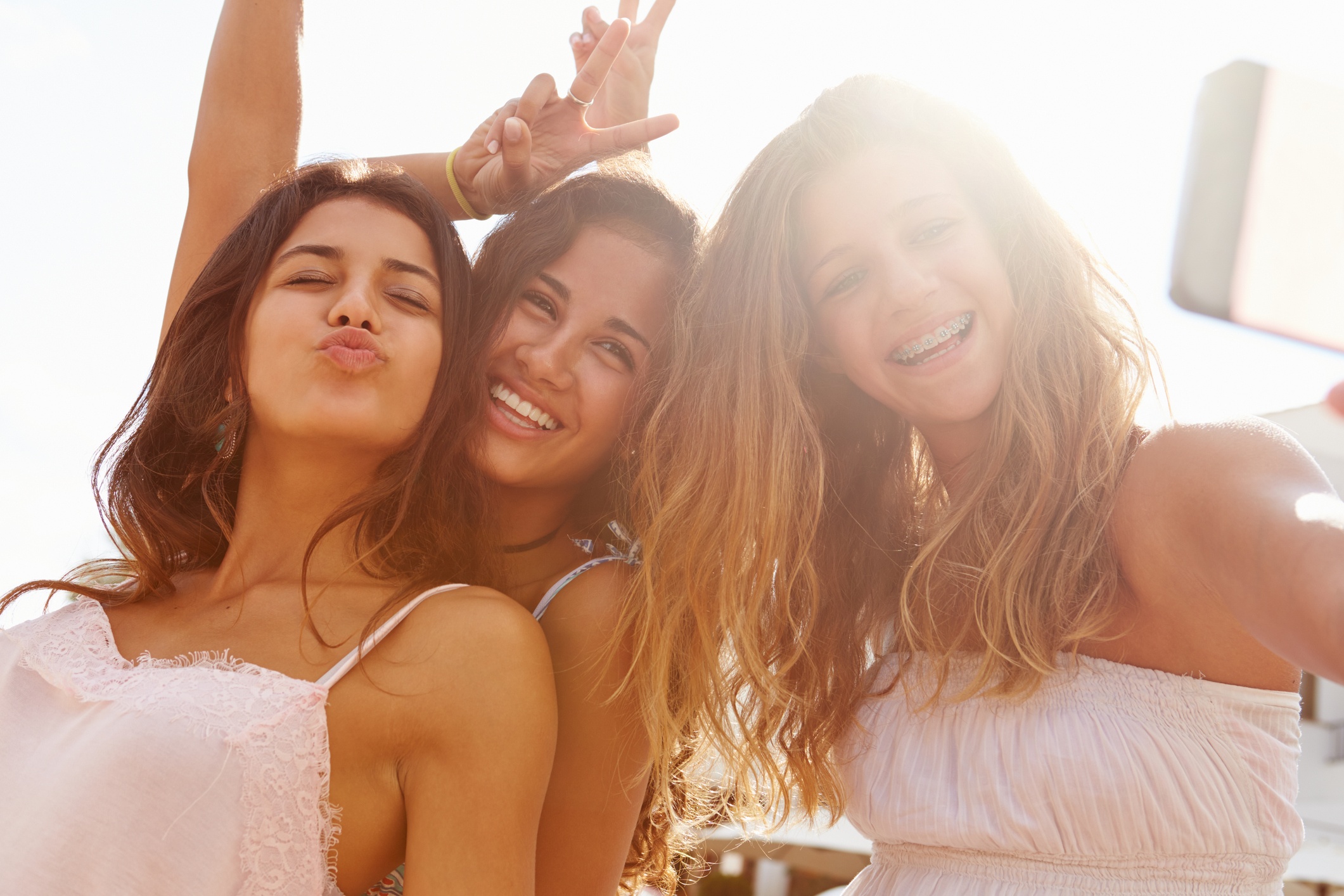 The idea of high school parties often conjures images of outrageous bashes you remember from John Hughes movies or other teen flicks from the ’80s and ’90s. Or, perhaps you recall parties from your own youth and the chaos that may have accompanied them. These memories may scare you into never trusting your teens to throw a party themselves—even one that’s supervised.

Make no mistake: Unsupervised high school parties are a terrible idea, often descending into Sixteen Candles- or American Pie-type anarchy and destruction. However, when properly planned and supervised, with clear rules in place, your teens can throw a party for their friends that is both fun and safe. Here are some tips on how to help them make that happen:

How to Set Family Rules For Holiday Parties 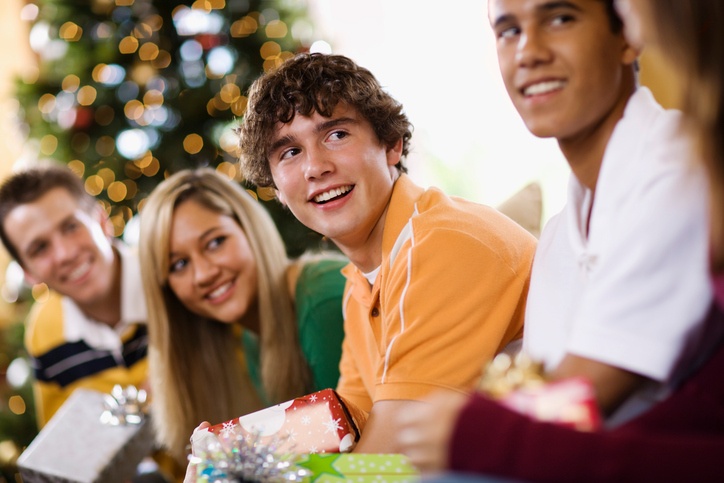 The end of the year is a festive time for families. School is closed. Holidays are celebrated. Presents are exchanged. Parties are thrown.

Unfortunately, at those parties—especially unsupervised New Year’s Eve parties—teens may be tempted to drink or use drugs. And though kids hunkered down at one party might be preferable to kids driving from house to house on New Year’s Eve, any time that teens have access to alcohol, there will be risk. Establishing and enforcing family rules in regards to drinking is important year-round but takes on added urgency in December. Here is some advice for setting those rules and keeping your kids safe for the rest of 2016 and beyond:

Protecting Teens During Homecoming and Other High School Parties

Teenage drinking remains a troubling problem for parents, educators and communities in 2016. An estimated 4,300 teens die every year from alcohol, whether from excessive consumption or driving while impaired. At this time of year, concerns about underage drinking escalate—we’re in the middle of Homecoming season, which means not only getting dressed up for a dance and decorating the gym, but also high school parties afterward. And it’s not strictly Homecoming that should be on parents’ radars: Teens sometimes  view fall Friday nights as “Go to the football game, then find a party.”

Nonetheless, Homecoming is the big milestone for many teens each fall, and their goal to make it memorable may unfortunately involve booze. Protecting students at this time, as well throughout the entire year, should be a priority, and one way to do so is to encourage high school parties and events without an alcohol element. Here are some tips for achieving this objective and keeping teens safe:

PARENTS, WHERE DO WE DRAW THE WINE?

Heroin. Meth. Cocaine. Ecstasy. While dangerous and scary, these are not the most popular drugs among our children. So what drugs are the most widely abused?

People don’t change alcohol and drug use behaviors based on scare tactics or logic; they change when they start to see and acknowledge the cultural code that is pushing unhealthy behaviors.

People use drugs based on their perception of harm and the availability of the drug. So certainly alcohol is the most available and surely it won’t harm you; the government has legalized it!

According to Mothers Against Drunk Driving, data from a national survey of high school students shows that teens who receive a message from their parents that underage drinking is completely unacceptable are more than 80 percent less likely to drink than teens who receive other messages.

PARENTS NEED TO LEARN FROM EACH OTHER

Helen & John Witty’s 16-year-old daughter, Helen Marie, was rollerblading on a bike path when she was struck and instantly killed by a car full of teenagers who were under the influence of alcohol and marijuana. These kids were celebrating graduation at an unsupervised home prior to getting in the car. The driver’s future now included years of jail time and forever living with the knowledge that she killed someone. Think for a moment. You could be the parent of the victim or the parent of the driver of the car! Safe Homes Smart Parties® is not about someone else’s child.