Why Do Kids Use Drugs? 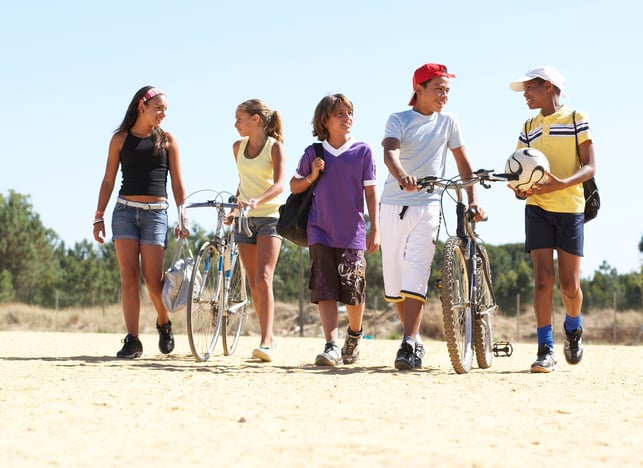 Anti-drug messages aimed at kids are nothing new—most of today’s parents were children themselves when the first wave of “Just Say No” campaigns were launched in the 1980s. And in the last three decades or so, the efforts of parents, educators, communities and organizations such as Informed Families have made a noticeable and welcome dent in the problem of teen drug use.

Still, much work still needs to be done to keep our kids safe and inspire them to make smart choices. The fact that teen drug use remains a problem might lead many to ask why, after all the campaigns, warnings and anti-drug efforts, do kids still choose to use drugs. The tempting answer might be, “They’re teens and don’t know better.” However, it’s not that simple. Below, we detail a variety of reasons why some kids use drugs in 2017.

Parents might recall the pressure they felt to drink or do drugs when they were teenagers back in the day. Sadly, that pressure still exists. Although there might be less direct pressure (e.g., “Try it! Everybody’s doing it…”) and more peer acceptance that it’s cool not to use, the subtle pressure, from others and unsure teens themselves, is still powerful. For example, kids may be at a party, see friends smoking marijuana, and feel like they must too, even if no one is directly pushing them to take a hit. Peer pressure is a normal feeling most teens encounter as they grow up, but when drugs are involved, the stakes become much higher. Social media adds another dimension to this issue.

Kids who don’t feel confident or otherwise good about themselves may turn to drugs to boost their self-esteem. For example, a shy teen who isn’t comfortable in social situations might use drugs to fit in and/or provide the confidence he or she lacks. Soon, this teen is using more and more to keep up that self-esteem, not realizing the using is ultimately damaging self-esteem at the same time. The cycle is vicious.

Some teens encounter anxiety at school and home and decide to self-medicate to ease the discomfort. Others turn to drug use as an outlet for any of life’s pains (e.g., “I studied so hard this week for finals and I don’t think I did well, so I deserve to get wasted this weekend!”). The messages in popular culture that drug and alcohol use is a natural response to stress and that a few drinks or some pot can make you feel better are not lost on teens; they get the sense that using is OK because media/society often implies it is.

Beyond anxieties and fears normal to teenagers, some kids might be clinically depressed and turn to drugs to deal with their condition. This is a medical issue, but unfortunately, many teens do not receive the treatment they need (or get a proper diagnosis to address the problem). As a result, they use drugs to cope—a dangerous course of action because drugs may worsen depression to suicidal levels.

Attention deficit hyperactivity disorder (ADHD) drugs, such as Adderall and Ritalin, have been shown to be effective for kids struggling with the condition. However, teens without ADHD sometime abuse the pills—often smart teens who would never dream of smoking marijuana or taking other drugs—in the hopes of experiencing an academic boost. However, no evidence supports that ADHD drugs can result in enhanced learning; if anything, these pills have been shown to be detrimental to test performance. In a similar vein, teens may try over-the-counter (OTC) caffeine pills and concentrated energy drinks to help study, but again, such products usually produce a negative effect.

Incorrect Perception That “Everyone Is Doing It”

You have probably heard, or even said yourself, “If everyone is jumping off a bridge, would you do it too?” With teen brains, the answer is many times an infuriating “yes”—if something looks like fun and the risk doesn’t seem so bad, kids will give it a try. With drugs and alcohol, the risks are real, but teens may not understand them. Moreover, teens might think everyone is using, when in reality, the numbers are declining. Kids may not be directly pressured to take drugs but will do so in an effort to not feel as if they are missing out on something.

Prescription painkillers are so easy to abuse—even when they are legitimately prescribed to athletes in pain. If pro athletes, such as Brett Favre, can become addicted to painkillers, teen athletes, who undergo much less supervision than their professional counterparts, face an even greater risk of getting hooked. And when addicted teens can’t access the pills they need to deal with pain, they often turn to harder drugs, such as heroin, to compensate.

Teens might use drugs, such as stimulants and diuretics, to help lose weight. Although this is more common in girls, some boys (especially athletes) misuse OTC and prescription diet pills as well. Although users may lose the weight, they are setting themselves up for bigger health problems.

Back to athletes: Steroids and other performance-enhancing drugs remain a problem with teens. The allure of taking a pill or injection to improve athletic ability is too great for some teens, even when they realize the long-term consequences.

Kids experiment with drugs simply because they are curious. Again, popular culture has painted a rosier picture of drug use than actually exists; teens consume that culture and want to find out for themselves. Although curiosity is an important (and inevitable) trait, some things, including drugs, are simply too risky for experimentation.

The key for parents and teachers is to monitor kids, recognize any troubling behavioral changes and take appropriate action if you suspect they might be using drugs. Good communication is important to establish with all teens because the closer you are to them, the more easily you will identify the signs when they are struggling.