Florida High Schools: How to Keep Your Prom Drug-Free 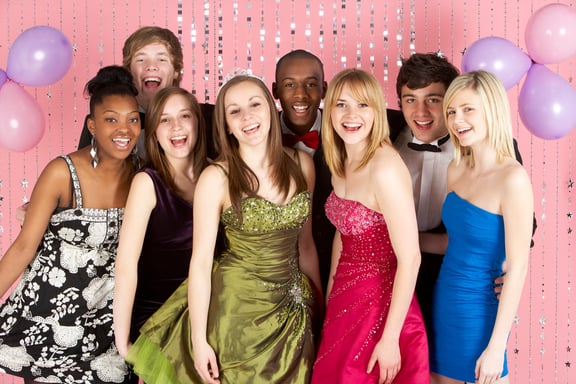 Prom creates a wonderful memory for many students at Florida high schools. Teens plan, both individually and at school, to make prom a special night. Yet, drugs and alcohol can sometimes ruin that special night. In the worst-case scenario, the night can become tragic.

According to a AAA survey, 31 percent of high schoolers say they or someone they know plan to be under the influence of drugs or alcohol sometime during prom/graduation season. This statistic is troubling—students go through the effort of creating that special prom memory (not to mention the money their parents spend on gowns, tuxes and so on), then might get impaired enough to not remember the night.

Florida high schools can actively take steps to keep proms drug- and alcohol-free. Here are some strategies for ensuring prom is remembered for the celebration it should be rather than a terrible aftermath you hope it won’t become:

Unfortunately, parents can hinder schools’ efforts to keep Florida high school proms drug- and alcohol-free. They might rent limos or hotel rooms for their kids for the big night. And they might even host parties and provide alcohol to students, which not only is illegal, but also sends the wrong message that underage drinking is acceptable. Emphasize with parents their responsibilities in ensuring a safe prom:

Likely, your school’s prom committee or student council, or perhaps both, is responsible for organizing prom. The student leaders of these groups can also assist in the effort to keep prom night fun and substance-free. When promoting the event, for example, they can incorporate and emphasize messaging that prom isn’t as safe, cool or fun when kids are hammered. Also, they can organize pre- and post-prom events that provide an alternative to unsupervised parties (more on that later). Students look up to these peers, so whatever ideas student leaders propose will carry more weight.

Set Clear Rules Before and During Prom

Student leaders may organize many facets of prom, but ultimately, the administration sets the rules regarding behavior at the event. Some of these rules should include:

Another good idea is for students, when purchasing their prom tickets, to sign a form stating they understand these rules. This extra action shows you mean business and might be the incentive students need to make smart choices.

Most Florida high schools already hire some sort of security, whether it’s on- or off-duty police officers, school district police or private security, at dances and other school-wide events. Don’t skimp on this at prom just because there are chaperones—if anything, the security presence should be increased because you don’t want any impaired prom-goers getting behind the wheel. Also, if prom is at a hotel or someplace else other than your gym, work with the venue’s management and security to ensure rules are being followed. Finally, enlist parents to be chaperones. No teen wants a prom overloaded with adults, but the more eyes you have supervising the dance, the less likely students will try to break the rules.

Florida high school students’ plans for prom often also include what they will do afterward, and sadly, the most common option is finding a party where they can drink or smoke—usually because this is the only option available to them. School-sanctioned, drug- and alcohol-free after-prom events are fantastic ideas but take considerable effort to pull off. However, the effort to provide fun, safe activities for students to continue their magical night is well worth it. Carnivals, lock-ins, bonfires: These are great ideas that might require some extra push from the administration. For example, the prom committee on its own might not be able to convince a community rec center to rent out its facility for a lock-in, but the high school principal might. Work with your students, with parents and with the community-at-large to plan a prom evening that students will remember—and from which they will come home safely.

How does your school keep prom and other school-wide events drug-free?