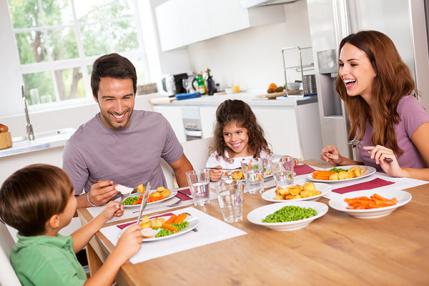 A recent New York Times blog post, entitled “How Asking 5 Questions Allowed Me to Eat Dinner With My Kids” by Charles Duhigg, offers a surprisingly simple solution to many of the problems families face in the fast paced world we are living in. Specifically, Duhigg was struggling with the issue of wanting to eat dinner together with his family and finding it very difficult due to his family’s busy schedule.  In the blog, Duhigg offered a solution that helped him resolve this problem, called the “five whys.”

Duhigg, a journalist and author of two books on habits and productivity, suggests that parents examine why they can’t eat dinner with their children by asking “why” five times.

Solving The Problem With The "Five Whys"

Apply The "Five Whys" To Other Situations

Once this problem was solved, more time was discovered and the family now eats dinner together regularly. These five whys can be applied to almost any issue families face when trying to find time for parent/child engagement.

What other parenting challenges are you facing? Try the 5 Whys and let us know about your experience.