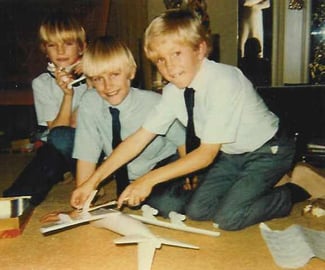 Jon Sundt tragically lost both of his brothers, Steve & Eric, to drug addiction.

“Steve and Eric had dreams,” said Sundt, a businessman and founder of alternative investment company Altegris. “They were athletes, they loved the outdoors and they loved the ocean. They were on a good path, enjoying life. [They] got sidetracked, listened to some friends who turned out to be not very good friends.”

Both became addicted to drugs in high school, thinking that they could just “experiment” and everything would turn out ok.

“They thought drugs were cool and would lead to something they [didn’t] have,” said Sundt. “They tried to fit in and kick it up a notch by doing drugs.”

The three brothers were very close growing up. They called themselves, “The Three Musketeers.” However, when Steve and Eric started using drugs, according to Jon, the family dynamics changed. His brothers skipped family dinners and were visibly ill. 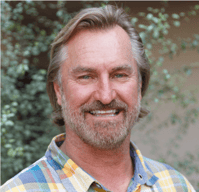 Steve ultimately died of a cocaine overdose, leaving behind a five-year-old daughter. Eric's drug use led to severe mental health issues and he eventually died by suicide.

After the death of his brothers, in 1994, Jon Sundt channeled his grief into the creation of a non profit organization, Natural High, “that inspires and empowers youth to find their natural high and develop the skills and courage to live life well.” Natural High creates videos featuring celebrities, athletes, artists, musicians and other influencers who share their own stories of how staying drug free helped them succeed. By focusing on the positive, Sundt aims to inspire children to connect with these stories and find their own Natural High.

Jon’s Natural Highs are “his Faith, his Family, Surfing and Leadership.” Informed Families is grateful for the Jon Sundt’s leadership and the wonderful resource he created to reach millions of students with a drug-free message each year during Red Ribbon Week and beyond.