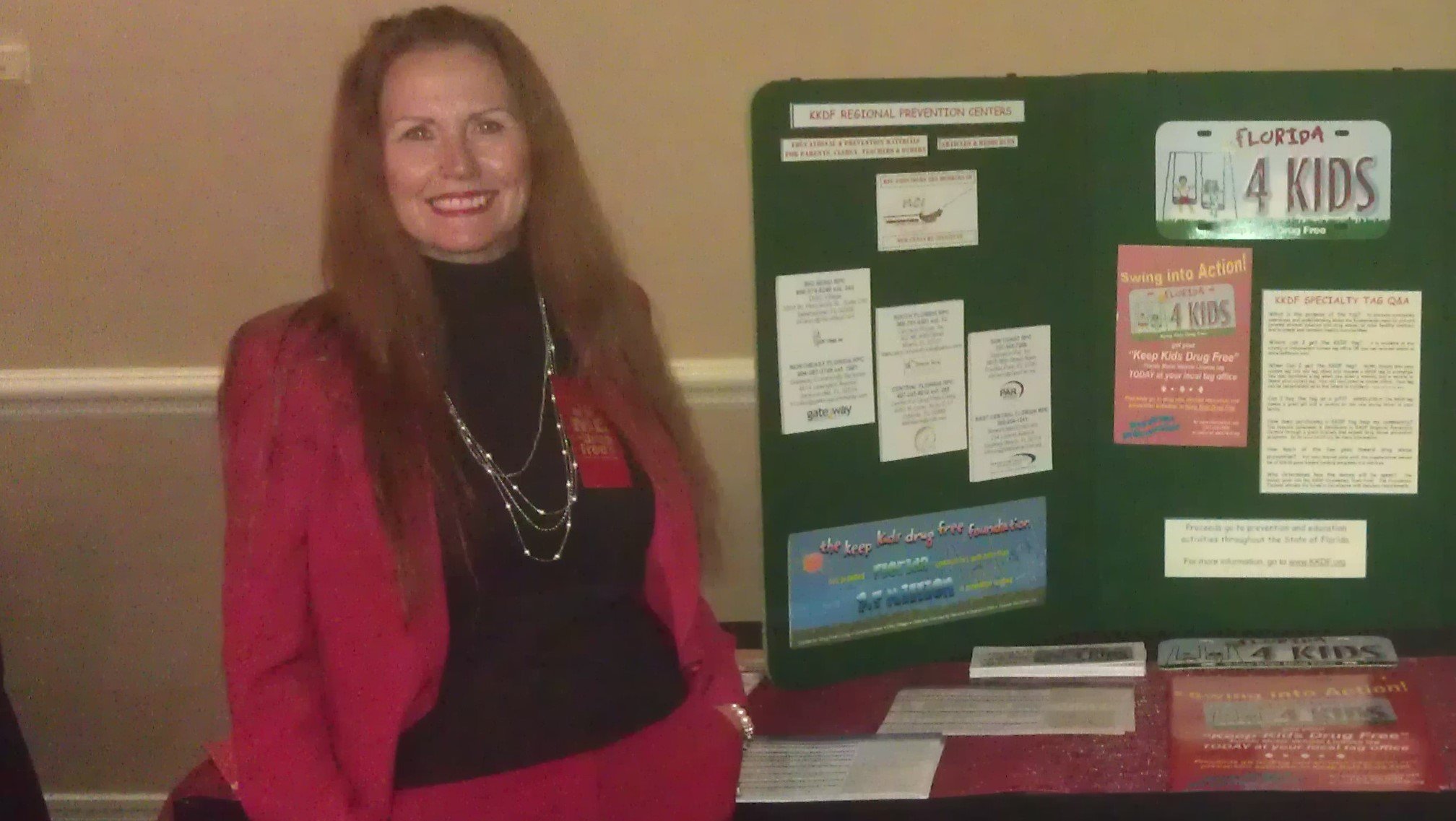 Freda Colley may be a relatively new Informed Families Ambassador, but she is no stranger to prevention. Colley, a Certified Prevention Specialist and the Northeast Florida Coordinator for Keep Kids Drug Free (KKDF), has been dedicating her time and talent to preventing youth substance abuse for 18 years.

Colley, an employee of Gateway Community Services, works to help students grow up safe, healthy and drug free through Informed Families’ four campaigns and several other initiatives. She learned about the ambassador program through a colleague, Vicki Kress from SMA Behavioral Health.

In her role with KKDF, she manages evidence-based prevention programs. This year, she incorporated Red Ribbon Week into her efforts for the first time and it was a huge success.

"I had connections in the community for working in prevention for so long," said Colley. "I contacted a local school, Chimney Lakes Elementary, with a strong PTA and parent base. We made sure to do something each day for the whole week, starting with an assembly with the students letting them know what and why we were doing. We focused on creating awareness that if you want to be an athlete, a singer, for example, or have success, drugs cannot be a part of your life. Students got involved and helped us by coming up with some ideas."

One particular success arising from the campaign was Colley's ability to reach parents with the drug prevention message. A total of 200 signed parent pledges were collected by the end of the week. While many children and teens are positively impacted by her programs directly, Colley, much like Informed Families, believes it is just as important to directly each their parents.
END_OF_DOCUMENT_TOKEN_TO_BE_REPLACED
0 Comments Click here to read/write comments 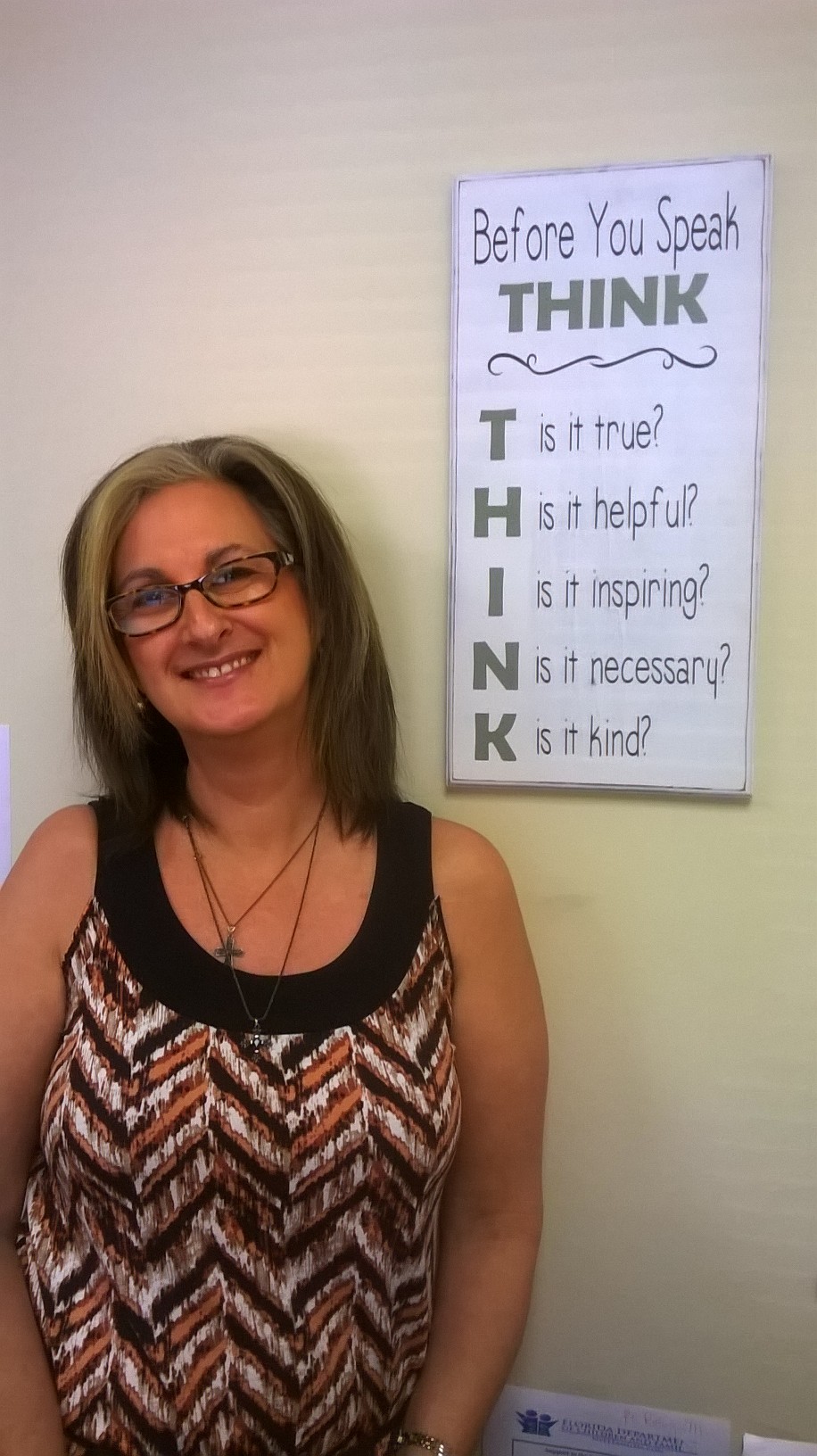 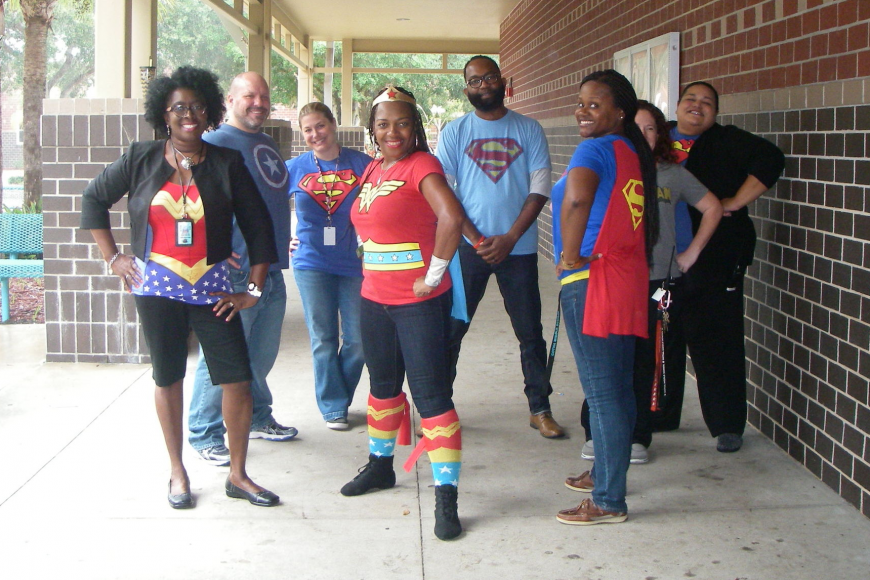 After raising five kids and running a full time child care center for over two decades, Martina "Tina" Belotti has dedicated her life to helping all Monroe County children have a bright future. As an Informed Families Ambassador and professional counselor at Marathon Middle School and Marathon High School, Tina works to help students grow up safe, healthy and drug free through Informed Families’ four campaigns and several other initiatives.

“I originally heard about Informed Families over the years at different statewide conferences,” said Tina. “I am very happy to be an Ambassador and gain access to the resources they provide me. As a prevention counselor, I do a monthly presentation to students, in addition to various groups, and I typically have to seek out and be creative about obtaining materials. I want the kids to get excited about prevention on campus so it helps.”

From running lunchtime youth-led pledge campaigns and coordinating activities for Red Ribbon Week to delivering the evidence-based program Project Success and volunteering with a team of students for various events such as the 7 Mile Bridge Run, Tina possesses a seemingly endless supply of energy and passion for her work. However, her budget for programs and activities is extremely limited. Luckily, what Tina lacks in finances, she makes up for in human resources. Tina works with her daughter, Dr. Christina Belotti, an 8th grade Language Arts teacher at Marathon Middle School, to coordinate school-wide activities with 40 student volunteers, or Youth Ambassadors appropriately named the “Keys To Be The Change.”

Angela Nealy’s kind and nurturing personality is just what’s needed in her role as Gotha Middle School’s SAFE Coordinator and in her role as an Informed Families Ambassador. SAFE, which stands for Student Assistance and Family Empowerment, is a program to assist in making school campuses safe and drug free so all students have the opportunity to be successful in school. This is done through preventive, supportive and responsive action. And her zebra print sofa helps offer a sense of comfort to all (students and adults) that enter the SAFE Zone. Nealy, who has worked as a school administrator for 19 years, works with the students, staff and parents in these efforts.

“I am most concerned with getting factual information into the hands of our students,” said Nealy. “Middle school is such an impressionable time. I don’t want our students obtaining incorrect information from their friends and sometimes their siblings and then being tempted to try something dangerous as a result.” 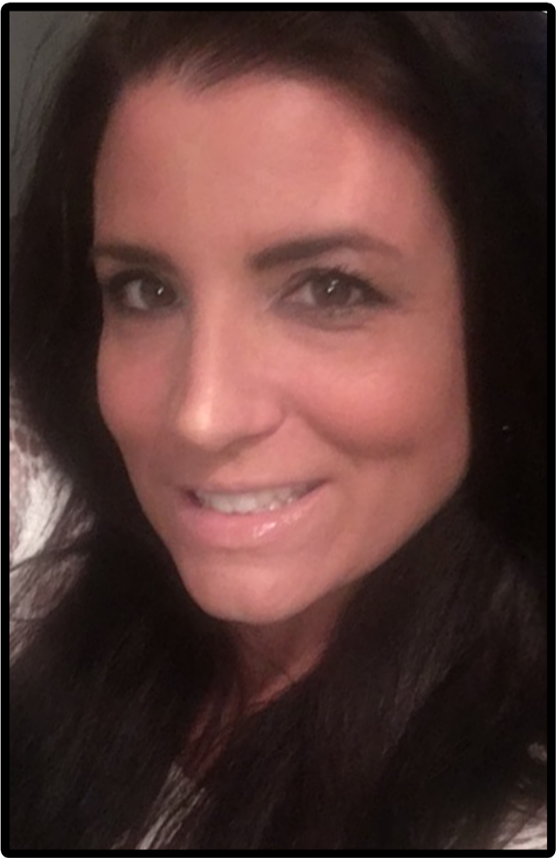 Tracy Bowen, an Informed Families Ambassador who serves as the coordinator for K-12 Health, P.E. and Drivers Education for all Collier County Public Schools, is a true prevention champion and this month’s star ambassador for her dedication to the children of Collier County.

"I love being an Informed Families Ambassador because I want to be the best role model and advocate for a drug free lifestyle and family-centered life for all of the students, parents and educators in our district," said Bowen.

Bowen was first introduced to Informed Families four years ago through Informed Families Board Member Pat Barton and our partners at Drug Free Collier, Ana DiMercurio and Melanie Black. Drug Free Collier is a drug free coalition with a mission of “uniting the community to protect the children of Collier County from substance abuse.” Bowen works closely with the coalition to implement prevention programming in her school district.

Bowen, whose goal is to have an Ambassador in all Collier County Schools, orders materials for elementary, middle and high schools in Collier County, depending on the campaign, in an effort to educate students and parents – and to engage her school communities in prevention. 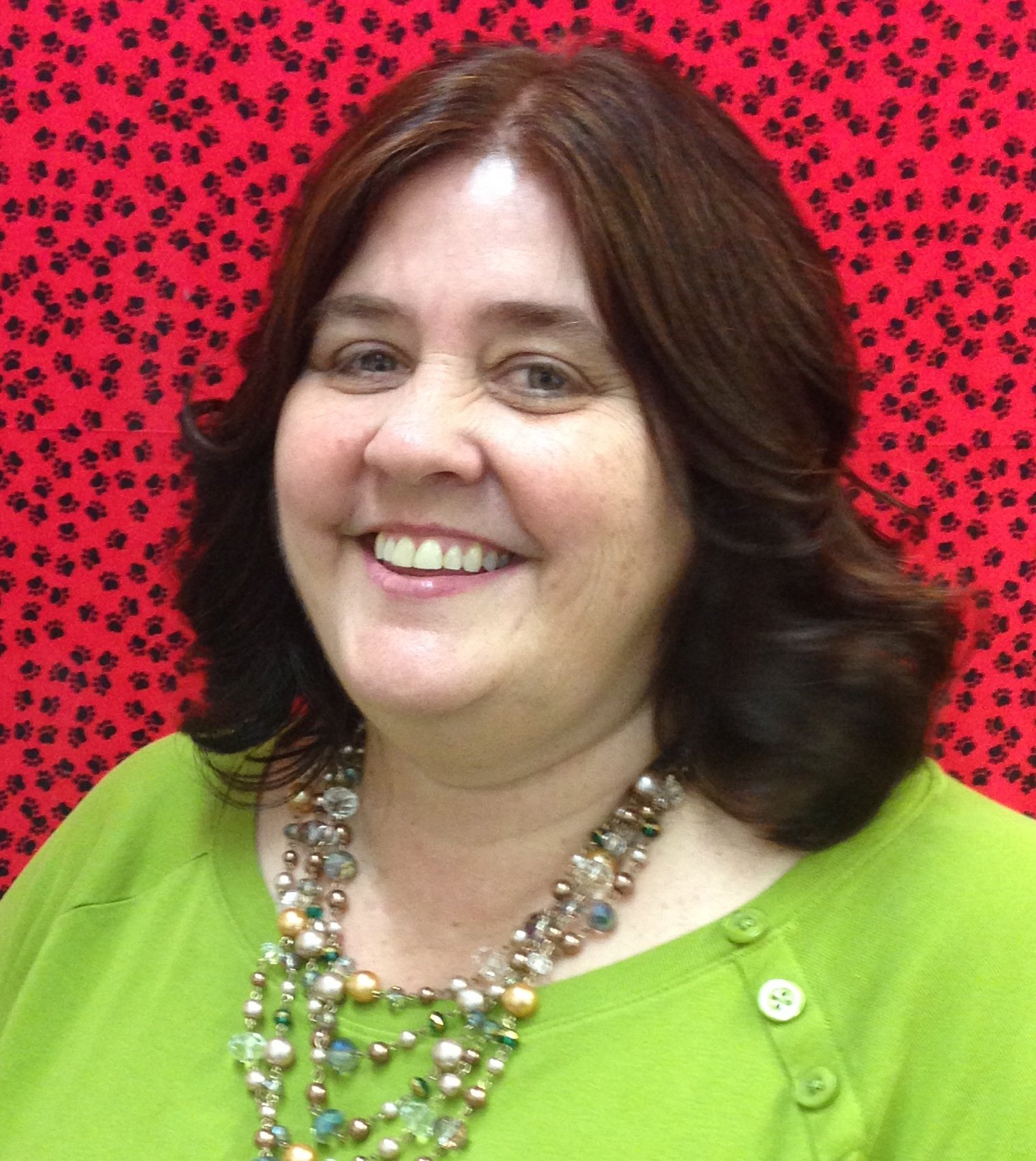 It's back to school…are you ready?  Informed Families’ summers are busy, as we prepare campaign toolkits and drug prevention resources for our statewide programs for the new school year.

As the school year begins, we look forward to hearing from our esteemed supporters, Ambassadors and dedicated parents. Our very first message was from a wonderful Ambassador, Anne Lewis of Baker County, who really re-energized all of us with her note. Here's what she wrote:

I am so excited for the new school year and it is because of Informed Families!  I completed my order for materials today and then went to the website to check out everything there.  I LOVE the Family Dinner info and activities there. I have downloaded all of it and began planning and organizing that very minute. This has always been one of my favorite events and I plan to make it huge in my schools and community this year. 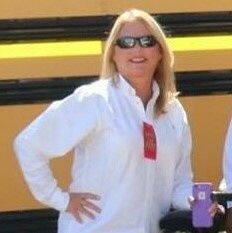 Parents at Freeport Middle School generally respond to Informed Families Ambassador and All Star Safe Healthy & Drug Free School winner Laura Estes quite positively. Not to anyone’s surprise, the majority of parents are very appreciative of her dedication to the health and well-being of her students, demonstrated by her delivery of year-round prevention programs.

“One mom told me she was walking by her daughter’s room and heard her daughter say, ‘no, we can never get involved with anything like that because you remember what Ms. Estes said,’” said Laura. “I love to hear stories like that or run into former students who tell me that they never tried drugs after going through my program.”

However, not all responses are immediately positive, especially among parents who are smokers or heavy drinkers.

“One parent who smoked cigarettes said, ‘if I have to hear about the harmful effects of tobacco products one more time, I’m going to strangle you,’” said Estes, with a smile. “Several of my students have inspired their own parents to break out of bad habits. They tell me all the time, ‘my mom hasn’t had a cigarette in three weeks’ or ‘my dad isn’t drinking as much anymore.’” 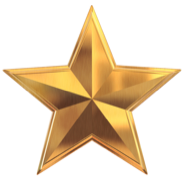 The sky’s the limit for these stars! Two Florida schools just earned bragging rights for their tremendous efforts to help prevent students from underage drinking and substance abuse. The All Star Schools were selected and recognized by Informed Families/The Florida Family Partnership, a 34-year-old Florida-based non-profit organization with a mission of helping kids grow up safe, healthy and drug free.

“We are thrilled to recognize the outstanding efforts of Freeport High School and Olympia High School,” said Peggy B. Sapp, President and CEO of Informed Families. “Our All Star Safe, Healthy and Drug Free Schools know the importance of spreading healthy, drug-free messages to help students and families make smart choices surrounding alcohol and other drugs, ultimately saving lives. Our programs are designed to curb underage drinking, substance abuse and other risky behaviors - and the impact is real, thanks to the participation of our Ambassadors in schools across Florida – and especially our All Star Schools.” 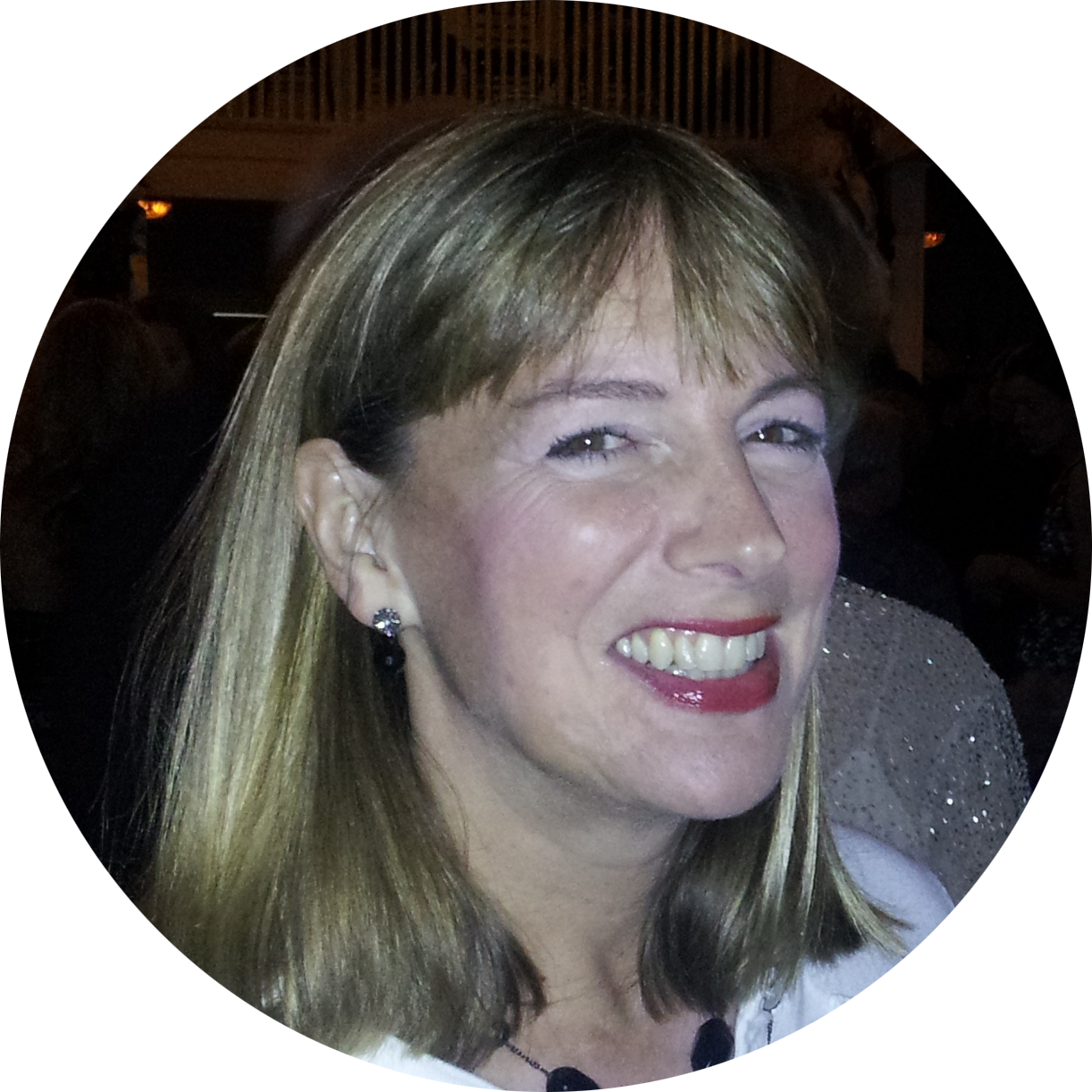 Informed Families named Christine Stilwell the incoming Statewide Director of Programs, starting July 1st after current Program Director Dr. Valmarie Rhoden retires at the end of June. Stilwell, who has served in various capacities for Informed Families since joining the organization in 2000, is excited to take on a larger role.

“Our mission of helping kids grow up safe, healthy and drug free is just as important than ever for Florida’s future,” said Stilwell. “I’m honored to serve as Program Director and delighted to continue to build upon the successes of several existing programs, most notably the Statewide Ambassador Program, which allows us to reach students, families and communities across Florida with year-round prevention messages through a network of dedicated volunteers.”

Stilwell attended Pennsylvania State University, where she earned a Bachelor’s degree in Economics. She is a Certified Prevention Professional and Former Community Vice-President of Junior League of Greater Orlando. She will be transitioning from her job as Central Florida Regional Director.